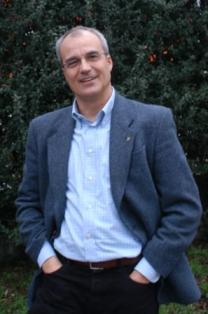 Roberto was born on May 26, 1957 in Rovereto, in Trentino.
Passionate about the mountains, he lived in contact with nature throughout his childhood and adolescence.
He graduated with full marks in Medicine and Surgery in 1983, at the University of Padua, with a thesis in Thoracic Surgery.
Already as a student he attended the surgical wards of Nassau County Medical Center, Long Island, NY during the summers.

In 1984 he moved to Milan where he began working in the Department of Surgery II of the Sesto San Giovanni Hospital.
In the meantime, he attended the Specialty School in General Surgery and graduated with honors in 1987.

In 1993 he became Deputy Head of Surgical Department and lived with increasing intolerance the corruption and political interference in the management of public health which, among other things, precluded important developments in his career.

In 1997 his wife at the time, Anna Maria Cova, owner of perhaps the first Pilates Studio in Milan and Italy, asked him for help to set up a Pilates School which, in Italy, was increasingly needed.
So he begins to work in this field too and, at the same time, to design and build his first machines, to which he also transfers his medical passion.

In 1998, now disgusted, he leaves the hospital, resigning and dedicating himself to Pilates.
In the following years he founded a company for this purpose, with Anna Maria and new partners.
At the same time he continues to cultivate his passion for surgery working with Emergency, an important Italian NGO that deals with surgery in the Third World.

From 1999 to 2002 he expatriates to Cambodia, Pakistan and Sierra Leone for a total of 5 humanitarian missions, addressing a human and social dimension that will deeply mark him.

In 2004 he divorces Anna Maria Cova, leaves her the school, which is now well underway, and remains alone to direct the manufacturing company that takes the name "Pilatech".
In the same year, it was the first in the world to obtain an International Certification (TUV-GS) which guarantees the quality and safety of Pilatech tools.
He receives a certificate of recognition from Innovatech 2004 for his commitment to the application of eco-compatible technologies.
Since then he has never tired of always looking for better solutions for the functionality of tools and for their safety.

In 2008 Pilatech was included in the Directory of Excellent Companies in Lombardy.

In 2012 he submitted a patent application for a new revolutionary Reformer: the SPLIT.
At Riminiwellness 2013 it presents an absolute preview of the SPLIT which immediately demonstrates the favor of the most advanced and professional users, able to exploit all the features and opportunities that this new Reformer offers.
Its production triples every year and, in the meantime, completes the certification procedure by obtaining the TUV-GS mark for both the SPLIT and its accessories.
In recent years he has consolidated an important collaboration with the ZEN School - Studio Pilates of Carrara with which he has developed many technical and practical aspects of SPLIT.

In 2016 the FISI, the Italian Winter Sports Federation, chooses Pilatech and the SPLIT for the rehabilitation and athletic training of both male and female Downhill Nationals.

In 2018 he began an engaging collaboration with Fisicamente Formazione School of Rome, directed by Anna Maria Vitali, also a Medical Doctor and an internationally recognized MasterTrainer.